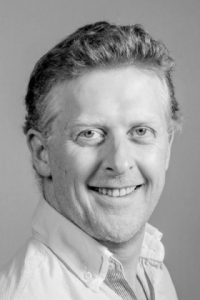 Managing Artistic Director of Sport for Jove theatre is the multi award winning director Damien Ryan, who is at the forefront of directing Shakespeare in Australia. From Romeo and Juliet to Titus Andronicus, Damien is a master of finding a truth and relevance that connects classic texts to modern audiences. Sharing Damien’s passion for these plays, you can gain an insight into interpreting, performing and staging the Bard’s work with theatricality and clarity.

Damien Ryan is Managing Artistic Director of Sport for Jove Theatre, directing their productions of The Taming of the Shrew, Away and Antigone in 2016. He recently directed The Father for Sydney Theatre Company – starring John Bell, and performed in Twelfth Night for Belvoir, directed by Eamon Flack and NORA for Belvoir, directed by Anne-Louise Sarks. He has also directed the national touring productions of Hamlet and Henry V for Bell Shakespeare.

Previous directing credits: for SFJ include Love’s Labour’s Lost, The Importance of Being Earnest, Hamlet, Macbeth, The Taming of the Shrew, As You Like It, Romeo and Juliet, A Midsummer Night’s Dream and The Libertine by Stephen Jeffreys (with Terry Karabelas); and for Bell Shakespeare, co-directing Henry 4 with John Bell, Romeo and Juliet over three seasons, and the Actors at Work program. He founded the Sydney Hills Shakespeare in the Park and The Leura Shakespeare Festival.

He has acted and directed many plays across Australia, celebrating over 20 years in the industry. Recent acting credits include Othello for SFJ, directed by Matt Edgerton, Hamlet directed by David Ritchie, and As You Like It directed by John Bell. He has also worked heavily in the Australian education sector, and bringing Shakespeare and theatre to young audiences is his life’s ambition.