At The Hip – “Amazing” “Brilliant” “Exceeded all expectations”

At The Hip – ‘Exceeded all expectations’

Superlatives filled the foyer after the opening night of At The Hip with the audience blown away by the performances of our Studio Ensemble – Paddy Brown, Georgie Currie, Matt Davidson, Clancy Hauser, Sarah Maloney and Teeny Miles.

The young actors play a number of well-known Albury-Wodonga identities including former planner with the Albury Wodonga Development Corporation, John Alker-Jones; historian Dr Bruce Pennay and former ABC journalist, Jean Whitla, as well as a range of other characters including a young mum, international students from Charles Sturt University and members of SWAG.

Many of the interviewees were in the opening night audience including SWAG members who gave the show a big thumbs up for the ‘warmth, love and respect’ with which they were played, but the major accolades went to Glady, Norma and Alan, three residents of a local aged care facility.

The At The Hip journey involved the Studio Ensemble and HotHouse Theatre Artistic Director and Director of the show Lyn Wallis, gathering the audio material that forms the fabric of the play. More than fifty local residents were interviewed with acclaimed theatre maker, Roslyn Oades working her magic on the material, and carefully crafting the play the audience sees. Using Roslyn’s unique headphone verbatim technique the young actors channel the real voices of the interviewees.

The show continues this week and next week Thursday to Saturday with matinees at 3pm on each Saturday.

Check out some of the great production shots by Natalie Ord from Manifeasto Photography. 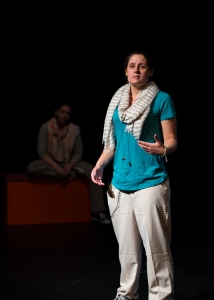 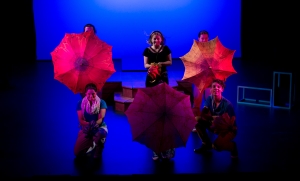 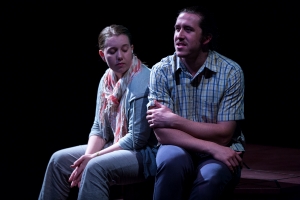 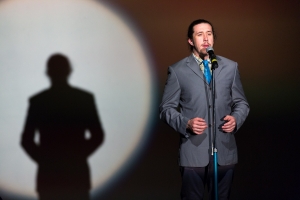 Q & A with Paddy Brown