Archive for category: Hang Out

You are here: Home1 / Hang Out 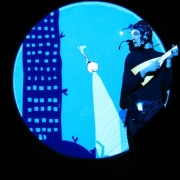 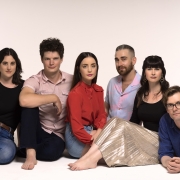 The Last Great Hunt are a Perth-based artist collective who have taken the world by storm with their imaginative and engaging style of theatre making. And they are in residence on the Border for the month of October.

While they’re here, they are performing three of their award winning shows: The Adventures of Alvin Sputnik: Deep Sea Explorer, Its Dark Outside and Fag/Stag

See all three shows for just $99, find out more here. Artistic Director Lyn Wallis, caught up with performer and creator of Who Am I …? Russel Cheek about how he turned his real life Sale of the Century adventure into a charming and funny one-man show 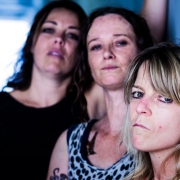 Artistic Director, Lyn Wallis talks about why you should come and see this award winning production in its only regional season this year. 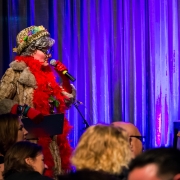 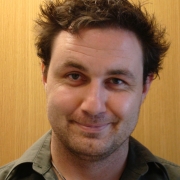 Artistic Director Lyn Wallis interviews Caleb Lewis, writer of The River at the End of the Road.

Tickets and more info can be found here 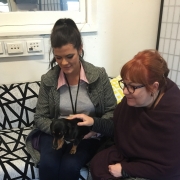 Dr Pauleen Bennett, Associate Professor in the School of Psychology at La Trobe University spends her free time hanging out on her farm with her dogs, cat, horses and goats. Kat Bennett, Early Years Health Promotion Coordinator at Gateway Health has a very special bond with her miniature Daschund, Pappi, while writer/director of the gorgeous puppet show, Picasso and His Dog, Sarah Kriegler found inspiration in the real life story of the 20th Century artist and the Daschund, ‘Lump’ that wandered into Picasso’s home and became his companion for 17 years.

The connection between animals and people that creates an environment of wellbeing and creativity is the topic of the talk, Animal Magic, at Arts Space Wodonga from 6pm-8pm this Thursday, 23 June. It is the second in the HotSpot Talk series presented by HotHouse Theatre and La Trobe University Albury Wodonga campus and will be lead by HotHouse Artistic Director, Lyn Wallis.

The talk is a precursor to the Lemony S Puppet Production of Picasso and His Dog, that will have its world premiere at The Butter Factory Theatre from Wednesday 29 June to Saturday 2 July. The show combines puppetry and live performance and tells the story of a man and his dog and the deep love and art their friendship inspired.

‘We’re very excited to have Pauleen, Kat and Sarah on the panel and have them share the way they have explored this amazing relationship that can grow between humans and animals.’

Dr Bennett is the inaugural Chair of the Australian Anthrozoology Research Foundation, a non profit foundation to set up to raise money to support students investigating the potential benefits for human health of engaging with companion animals.

She also acts as President of the International Society for Anthrozoology and serves as associate editor for the journal Anthrozoös.

Kat Bennett previously worked at the City of Wodonga and co-ordinated the pilot program, Paw Pals, which aims to strengthen social connections with older adults by matching volunteers with elderly pet owners.

In July 2013, she won a 10,000 scholarship to help her study public health in Mexico for her work on walking to school, pets and people and healthy together programs. She travelled there in the summer of 2014 where her focus area was on the human animal bond throughout Mexican history. She also discovered that there were some amazing animal assisted therapies and a strong connection with animal gods.

Kat Bennett also also combines her major passions of yoga and the human-animal bond by teaching yoga as a component of a local equine therapy program. She will be bringing Pappi, along to the evening.

Sarah Kriegler will talk about the story of Picasso’s real-life relationship with his dog ‘Lump’ which inspired the show, and how the show was made.  Sarah will also bring Lump along to the discussion, so bring the kids along to meet Lump in person.

(Pictured above, HotHouse Artistic Director, Lyn Wallis gets to know Kat and her miniature Daschund, Pappi.)

Tickets for the talk are Full $30, Concession $25, HotHouse Subscriber $25 and children aged 14 and under $20, and include supper and a glass of wine or a non-alcoholic beverage.

Buy tickets now for Picasso and His Dog. A 30 minute rehearsed reading of The Rime of the Ancient Mariner by Olwen Steel will open the inaugural HotHouse HotSpot Talk – The Brink tomorrow night at Cafe Grove, Wodonga from 6pm.

Olwen was born in South London in the mid-50’s, and arrived in Australia in October 1974. She has been living in Albury-Wodonga since 1987, and since making the Border her home, Olwen has explored music theatre and singing as a chorister, mostly at St Matthew’s Anglican Church in Albury, and also in various a capella groups. She has spent the past decade or so as a schoolteacher on both sides of the river in primary, special ed and high schools. She is currently studying Visual Art full time at Albury TAFE. Her hobbies include singing and leading small study tours to the Mediterranean.

The reading will be introduced by La Trobe University’s Senior Lecturer in the Department of Ecology, Environment and Evolution, Dr Susan Lawler.

It will be followed by supper and a panel discussion with Dr Lawler and Head of La Trobe University’s School of Life Sciences, Professor Michael Clarke. The panel will also include a local wildlife rescuer and carer and will discuss what the Mariner’s tale means for us today.

Dr Lawler said she had read the poem to her ecology students every year for 15 years and felt it articulated that special connection with nature and the high stakes of conservation in a deeply personal and emotional way.

‘We have a responsibility to protect and even love our fellow creatures even if they are not cute and cuddly. A spiritual connection with nature is inevitable if we allow ourselves to spend sufficient time outdoors.

‘I am looking forward to inflicting the same confronting experience on the public and giving them a chance to discuss their reactions,’ Dr Lawler said.

‘The talks will be held in surprising locations and in partnership with local restaurants, wineries and food-growers. ‘They will be cross art-form and highly social exploring interesting ideas and dynamics that resonate with our subscription season, but mostly they’re about getting into some really meaty topics while enjoying some fabulous food and drinks,’ Ms Wallis said.

Tickets are $30 and $25 concession and for HotHouse Subscribers. All tickets include supper and a glass of wine. Please note the venue for The Brink is Cafe Grove and not The Butter Factory Theatre. She’s back after 20 years: with a heavy-duty facelift and a false passport. Partly a homage to our history, but mostly a timely vote of confidence in our Border talent, the new and improved Galah Bar is a platform for local artists to tag and test evolving performance ideas in front of a live audience.

If you are an artist, you can get involved by expressing interest in performing at Galah Bar. Or you can be part of the audience at our inaugural Galah Bar on 15 April and help us celebrate the beginning of a whole new era of Friday night fun at the Butter Factory Theatre.

Galah Bar is a an unpaid (but loving) platform for local artists (professional, independent, retired, overlooked genius) to try out 5-15 minutes of new performance material in front of a live audience.  Theatre, comedy, cabaret, music, spoken word, plate-spinning, yodelling … if it’s genuinely interesting and created with love and talent, we’ll provide basic technical support, a stage and an audience.

If you want to talk to us about your act or piece, email or call Artistic Program Producer Beck Palmer: [email protected]  02 6021 7433

PS: Thank you to everyone who came along to the GALAH BAR Information Night on Monday 8 February.  We got some great feedback and ideas from the group. We also heard from people who attended the MRPG Galah Bar in the 80’s. Apparently a lot of fun was had!

Our first Galah Bar will be released into the wilds of the Butter Factory Theatre on April 15. Full details and bookings coming soon.