Breaking the Castle – Meet the Creatives

You are here: Home1 / General News2 / Breaking the Castle – Meet the Creatives

Street Talk – a blog created by The Street Theatre, Canberra – caught up with the design team for Breaking the Castle 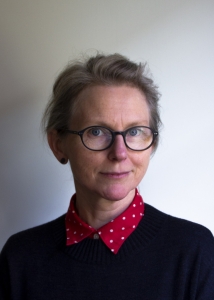 Imogen Keen is an award-winning set and costume designer for professional theatre production. She has enjoyed a long collaboration with The Street Theatre, including design for: Flight Memory; Fragments; Metamorphosis; A Doll’s House, Part 2; Venus in Fur; Diary of a Madman; The Weight of Light; Boys Will Be Boys; Under Sedation: Canberra verse Remixed; Constellations; Cold Light; The Faithful Servant; The Chain Bridge; MP; Where I End & You Begin; The Give & Take; To Silence; Jacques Brel is Alive and Well and Living in Paris; Lawrie and Shirley; Albert Herring; Dido and Aeneas. Imogen has received Canberra Critics Circle Awards for Theatre Design (2009; 2011) and an MEAA Peer Acknowledgement Award (2011). She has worked on a wide variety of theatre, film, music and cross-disciplinary productions for: Aspen Island Theatre Company, This Band Will Self Destruct, COUP Canberra, Handel In The Theatre, Barking Spider Visual Theatre, Polyglot Theatre, Canberra Youth Theatre, Little Dove Theatre and Urban Theatre Projects. Imogen graduated from the ANU School of Art in 1993.

Gerry Corcoran is a Lighting Designer/Technician based in Wolumla, NSW and is originally fromScotland. Gerry has been Chief Electrician/Lighting Designer at Pitlochry Festival Theatre in the Scottish Highlands and Chief Electrician/Technical Training Tutor (Lighting) for the Royal Scottish Academy of Music Drama in Glasgow, for which he designed over 40 productions ranging from small one-person scenes to full scale opera. Operating as GCLX: Gerry Corcoran Production Lighting, he offers Lighting Design, Hire, Sales and Consultancy for all types of venues and events. He recently completed the supply and install of an all LED lighting system for Bega High School and is advising on a new 200 seat theatre build in Merimbula. Recent lighting design works include A Doll’s House Part 2 (The Street Theatre), Ladies in Black (Spectrum Theatre Group) and local school productions of Grease the Musical and Peter Pan. Following “Breaking the Castle” it’s straight into rehearsals for The Little Mermaid and pre-production work for Mama Mia!.

In 2010 Kimmo Vennonen won the MEAA Green Room Award for creative and innovative sound design. In 1991 his work on Collaborations with Jim Denley won the prestigious Prix Italia for the ABC. He studied immersive sound in a geodesic dome, becoming an ANU Visiting Fellow in the late nineties. He has run a music mastering studio at Gorman Arts Centre since 1997. Designs for The Street include: Flight Memory; Metamorphosis; Icarus; Revolt. She Said. Revolt Again; Cold Light; The Faithful Servant; The Chain Bridge; Where I End and You Begin; Bartleby; All This Living. Other work includes The Slip Lane (AITC); Ghosts in the Scheme (bigHart); Verbatim; Antigone (CYT); Blue Roof; The Lost Thing; and, Pearl vs the World (Jigsaw Theatre). He collaborated with Denise Higgins and Gary Smith on Vox Nautica (ANCA), The Barbed Maze (CCAS) and on Anthology (Morris & Buining) at Westlake.

WHAT WAS COMPELLING FOR YOU IN THE SCRIPT OF BREAKING THE CASTLE?

Imogen: The script for Breaking The Castle is written in such a way that it feels as though it’s being told to you personally in a direct and urgent voice. The voice of the script takes you inside David’s head, through various states of mind, recent and distant memories and then right into the present moment. It sweeps you up. I found it compelling to think about designing a work that plays so cleverly with notions of presence and reality.

Gerry: The confronting no holds barred nature of the script, pulling you through the various worlds of the addict. I love the pace and the rollercoaster ride through Dave’s various worlds.

Kimmo: I could tell it was based on lived experience, and a very honest and courageous act to write this script. The journey is compelling and it was written for a purpose, not simply entertainment value. Above all this felt like something that needed to be out there and for many people from all walks of life to see it.

TALK US THROUGH YOUR COLLABORATIVE PROCESS WITH DIRECTOR CAROLINE STACEY? AND HOW YOU ARRIVED AT THE KEY ELEMENTS OF THE SET?

Imogen: I sat in on a few script development sessions at the end of last year, which was helpful because it made it clear what the essential themes were in the work, and gave us the opportunity to embed some design ideas into the script. Caroline provided the fundamentals such as the space as a place to “be seen”, and the distinct shifts or chapters that needed to be portrayed. We discussed the space as a landscape of the debris of David’s life, and looked at a range of reference imagery. The degree to which props were used, and the way they were used, emerged through the rehearsal process.

OF THE LIGHTING DESIGN?

Gerry: Lots of discussions about place, feel, look. Dave travels through many locations, some real, some in his head. We spent a lot of time finding looks to fit into these various places to assist the storytelling while also creating atmosphere and sometimes chaos. Not all our ideas from the rehearsal room carried through to the venue so lots of adjusting to suit the set, venue and available equipment.

OF THE SOUND DESIGN?

Kimmo: We started with a general discussion around the key areas of the script and the role of sound. I was able to easily respond with some offers. Then we chose several scenes to work on early as these were central and would inform other creative choices. These were ready for day 1 of rehearsals and from then on I worked a lot in the rehearsal room, interacting with Peter and trying things out. After a few weeks of we had a solid structure in place that I could then flesh out on my own into completed sound elements.

BREAKING THE CASTLE SHINES A LIGHT ON WHY PEOPLE CAN FALL INTO ADDICTION? HOW IS THIS TENSION MANAGED THROUGH:

Imogen: Part of the brief from Caroline was a space that portrayed that sense of falling or sliding out of control. The set appears as a monolithic block of rock or concrete that has landed in the theatre. It should seem heavy and immoveable, something difficult to negotiate, but also as an elevated surface, a place of prospect. Gerry’s lighting transforms it in all sorts of ways: into a raked stage, a treacherous slope, a distorted room, a street, or a place of light and height. This allows us to follow David’s journey through addiction as a struggle with something as uncompromising as gravity.

Gerry: We tried to evoke Dave’s headspace for many of the scenes. Dark and moody for when he’s struggling, bright and stark for when he’s high with a little bit of crazy when required.

Kimmo: At times we feel the character’s inner state through sound, other times it is all left to the acting. Sound is often working asynchronously and sets up tensions and questions ahead of time. I use a lot of synthetic or abstract sounds that I made to express his state, I made some conventional music too and occasionally there may be something recognisable from previous decades. Silence is rare in this work but it is effective at those times, which often correlate to high tension moments.

MOODS AND LANDSCAPES SHIFT AND CHANGE THROUGHOUT THE PLAY. WHAT IS YOUR ROLE IN CREATING DAVE’S DIFFERENT WORLDS?

Imogen: My role is to create the material world of the play, including the set, props and costumes. The design can suggest change by keeping a degree of abstraction, so that the audience has room to interpret meaning from different combinations of sight and sound as the work progresses. The material design can shift physically to some extent (one kinetic prop is an ashtray with an artificial smoking cigarette), but largely the design needs to be transformable through light. When I think about the floor plan, textures, tones, shapes etc I’m always trying to accommodate opportunities for light to bring different aspects of the set to life, to provide new spaces or new readings of forms.

Gerry: We return to some of Dave’s worlds a few times so keeping a theme for each of these was important for telling the story. Some places pass in a moment but still need to show location and state of mind, so every scene is important. Use of colour, shape, intensity and angles are all combined to form each lighting cue.

Kimmo: I have a central role in creating Dave’s inner and outer worlds. We sort of have a real time dialogue through the show, the micro timing of sound cues feels very relevant too. At some times I add energy, other times I remove it. Overall I paint landscapes that Dave moves through, as well as vibrate around him.