A sassy dissection of global and cultural politics in this new award-winning play.

Working late, high up in a skyscraper, is Nisha, a business prodigy and second-in-command of an Australian rice company. Smart and sassy, she’s on the brink of closing a massive deal with the Indian government. Working later still is Yvette, the Chinese-Australian cleaner who clears up her take-away.

‘Indian princess’ and ‘Chinese cleaner’ is at first all they see when they face each other across the desk. They’re from different cultures and different generations – but as the nights wear on, and the women trade stories about their days, they discover the many ties that bind them.

“This may be her first mainstage play, but it marks the beginning of what I believe will be a robust conversation between Michele and Australian audiences.”

“Michele Lee’s whip-smart, finely tuned and ultimately very moving Rice simply has none of the usual flaws of new work”

“These two women are true talents…They made me laugh, think and feel.”

“an exceptional new work with a distinctly Australian voice.” Michele is an Asian-Australian playwright and theatremaker working across stage and audio, based in Melbourne. Her works are about female identity, otherness, intimacy and chaotic worlds, usually through a non-Anglo perspective. Michele has been commissioned by Griffin Theatre Company, Arts House, Darwin Festival, Malthouse Theatre, Next Wave Festival, Platform Youth Theatre, Radio National, Sydney Theatre Company, St Martin’s Youth Arts Centre, and Westside Circus. Her audio theatre work, Talon Salon, was presented in Next Wave Festival 2012 and re-mounted by invitation for You Are Here Festival 2013 and Darwin Festival 2013. Michele’s digital theatre work, The Naked Self, co-created with Tanya Dickson, was presented in the 2016 Festival of Live Arts. She is the recipient of the Queensland Premier’s Drama Award 2016-2017 for Rice, the 2015 Malcolm Robertson Prize for Going Down, and the 2013 Australian Writers’ Guild Award for her radio play See How the Leaf People Run. Michele’s play, Moths, was the inaugural recipient of the Betty Burstall Commission. In 2016, she was the WrICE Early Career Fellow and a resident at the Playwrights Centre, Minneapolis, supported through the UNESCO City of Literature Travel Fund and the Australia Council. Michele is a member of the Melbourne-based New Working Group. Her memoir, Banana Girl, was published by Transit Lounge in 2013.

Lee is the Artistic Director of Griffin Theatre Company and one of Australia’s leading directors. For Griffin she has directed: The Bleeding Tree, for which she was awarded Best Director at the 2016 Helpmann Awards, The Homosexuals, or ‘Faggots’, Eight Gigabytes of Hardcore Pornography, Masquerade (co-directed with Sam Strong), Gloria, Emerald City, A Rabbit for Kim Jongil, The Serpent’s Table (co-directed with Darren Yap), Replay, Silent Disco, Smurf In Wanderland, The Bull, The Moon and the Coronet of Stars, The Call, A Hoax and The Nightwatchman; for Griffin and Bell Shakespeare: The Literati; for Bell Shakespeare: The School for Wives and Twelfth Night; for Belvoir: That Face, This Heaven, Half and Half, A Number, 7 Blowjobs and Ladybird; for Melbourne Theatre Company (MTC): David Williamson’s Rupert, which toured to Washington DC as part of the World Stages International Arts Festival and to Sydney’s Theatre Royal in 2014; for Sydney Theatre Company: Honour, Love-Lies-Bleeding and ZEBRA!; for Darwin Festival: Highway of Lost Hearts; for the National Institute of Dramatic Art (NIDA): Big Love, Shopping and Fucking, After Dinner and The Winter’s Tale; and for the Western Australian Academy of Performing Arts (WAAPA): As You Like It. 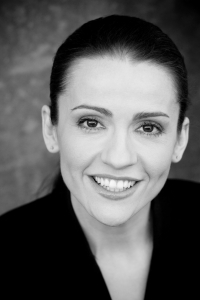 Kristy’s previous stage credits include: for Griffin: Gloria; for ATYP’s Under the Wharf program and Raw Hide: Alaska; for Newtown Theatre: Nothing Like Old Times; for Powerhouse Youth Theatre: She Loves Me, She Loves Me Not; for Q Theatre Company: Truck Stop. She is the channel host of Nickelodeon. Her television credits include: for ABC: Sunday Best; for Nine Network: Here Come the Habibs; for Network Ten: Neighbours; for SBS: Fat Pizza, Legally Brown; for Seven Network: Home and Away; for Syfy Australia: Airlock. Kristy has appeared in a number of independent short and feature-length films. Red Hot Rush tickets
If you are under 26 or hold a valid student card, you can buy tickets from the box office for $20 to any HotHouse show within one hour of the performance. A valid proof of age or Student ID is required.

Companion Card
Companion Card promotes the rights of people with a disability, who require a companion, to fair ticketing at events and venues. Holders of this card are entitled to a complimentary ticket for their companion for any HotHouse Theatre performances. To book using a Companion Card, please contact the box office and be prepared to present your Companion Card upon collection of your tickets.