The magnificent river that defines our regional landscape, also nourishes our community spirit and creative energy. For so many of us, the Murray is the go-to place to gather joyfully, as well as to pause, refresh and reflect.

In Caleb Lewis’ The River at the End of the Road, we meet a man who finds such a place. A quiet bend in a seemingly magical river, where he can lay down his load. We proudly join with Sport for Jove and its acclaimed director Damien Ryan, to open our season with a large-scale show inspired by the Murray – which has been two years in the making.

Come April, we amp up the family fun, with a brief return season of Tom Flanagan’s joyous Kaput. Then in May (once the kids are safely tucked in bed), our Butter Factory Theatre transforms into a jivin’ gin joint for Mother’s Ruin. This delicious cabaret has become the darling of the festival circuit, delivering the colourful history of gin between shots of gorgeously re-rendered pop tunes.

Hot on its heels is another festival hit, director Susie Dee’s sensational production of Patricia Cornelius’ SHIT. Don’t let the robust title deter you: this knockout, award-winning show is unmissable!

Russell Cheek is an actor/writer/consummate storyteller who in 1993, attempted to win the Sale of the Century jackpot. His real-life, genius-fuelled tale Who Am I? is charming, funny and suspenseful. We roll into Spring with artists-in-residence, The Last Great Hunt. This ingenious troupe will journey from Western Australia to present three of its internationally acclaimed shows in October including It’s Dark Outside, The Adventures of Alvin Sputnik: Deep Sea Explorer and Fag/Stag.

Our blockbuster season of eight shows has something for everyone. I warmly invite you to join us on a BIG creative adventure which explores the past, investigates the present, and shimmers with future possibilities. In 2018, we shine together! 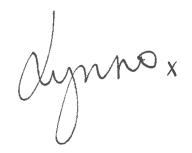 To get the best deal on tickets, consider purchasing a Flexi Pack. Head to our Subscription Page for more information.