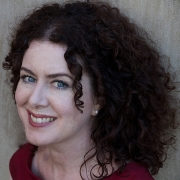 Emerging and established playwrights have just one month to get their entries into the HotHouse Theatre, La Trobe University and Write Around the Murray SOLO Monologue competition that closes 5pm AEST on Friday, 24 June .

International entries have been received from Ireland, California, London and South Africa, while most states and territories are represented in the Australian entries.

The competition carries a $500 prize for the winner of each of the three categories –  unpublished/unperformed monologues; published/performed and monologues written by high school students – and the chance for entrants to rewrite or fine tune their entries if shortlisted.

Mary, who wrote the highly popular opening play for the 2016 HotHouse Theatre season, The Dapto Chaser, is the recipient of the following National Playwriting Awards – 2016 Lysicrates Prize, the 2008 Rodney Seaborn Award, 2007 Max Affords Award and the 2006 Griffin Award. Her play Last Letters has been in repertory at the Australia War Memorial for the last seven years. Other works for the stage include – Inside Out -Christine Dunstan Productions, Die Fledermaus (Adaption) – Sydney Conservatorium of Music, National Security And The Art Of Taxidermy – The Glynn Nicholas Group, All My Sleep And Waking – TRS.  Her TV credits include sketch writing for The Elegant Gentleman’s Guide to Knife Fightin’ for ABC and several episodes of Home and Away for Channel 7.

Mary has been a member of script selection panels for The Griffin Award and Inscriptions Edward Albee Playwriting Scholarship, and has also participated as both a speaker and a playwright in numerous Playwriting Australia script workshops and The National Play Festival.

After receiving advice from Mary, the shortlisted writers will be given the opportunity to rewrite or fine tune their monologues for the final assessment process. As part of the Write Around the Murray Festival there will be a rehearsed reading of their monologues by local performers on Thursday, 8 September.